Use acupuncture to relieve perimenopausal syndrome: study protocol of a randomized controlled trial

A multicenter randomized controlled trial with two parallel arms is underway in China. Two hundred and six women with perimenopausal syndrome will be randomly assigned to a treatment group using acupuncture plus auricular acupressure (AA group) and a control group using Climen(R) (Bayer Healthcare Company Limited, Guangzhou, China), a 28-day sequential hormone replacement therapy, in a 1:1 ratio. Participants in the AA group will receive three acupuncture sessions per week in the first 4 weeks and two sessions per week in the following 8 weeks, for a total of 28 sessions over 12 weeks. Auricular points will be plastered by Semen Vaccariae twice per week for a consecutive 12 weeks, with both ears used alternately. The Climen(R) control group is prescribed a tablet containing estradiol valerate 2 mg/day for the first 11 days, and a tablet containing estradiol valerate 2 mg/day plus cyroterone acetate 1 mg/day for the following 10 days. The total treatment period of the control group is three cycles. The post-treatment follow-up period will last 24 weeks. The primary outcome is the Menopause Rating Scale (MRS) assessed at baseline and 4, 12, 16, 24 and 36 weeks after randomization. The secondary outcomes are Menopause-Specific Quality of Life, average hot flash score during 24 hours, serum estradiol, follicle-stimulating hormone and luteinizing hormone level. The first two secondary outcomes are measured at the same point as the MRS. Other secondary outcomes are measured at baseline and 12, 24 weeks after randomization.

The results of this trial, which will be available in 2015, will clarify whether acupuncture is effective to relieve perimenopausal syndrome.

A First Appointment For Chinese Medicine and Acupuncture 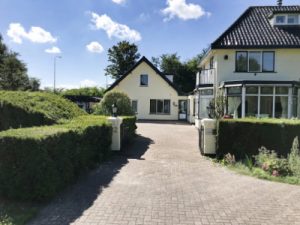